Our beautiful King size wool duvets are handcrafted by skilled seamstresses in our workshops in Devon using 600 grams of wool in each square metre of duvet and high quality cotton, to create luxury and comfort to help you achieve the best night's sleep.

The soft wool filling is purely British, all of which is certified by British Wool as traceable from farm to duvet.  The 260 thread count pure cotton casing has been woven especially to our specifications, ensuring the maximum drape and loft, to create a duvet that drapes around you, creating a unique sleeping environment for you.

You can be assured that you will sleep under the most natural duvet possible as we do not use any chemicals or bleaches.

Easy Care: Regular airing will refresh your duvet, prolonging life and performance.  If a more thorough clean is required, machine wash on a 30 degree wool setting using a wool care detergent.  Gently spin to remove excess water, re-shape and air dry.  Do not tumble dry.  Do not dry clean.

Weight & Togs: Wool has a natural ability to insulate yet release excess heat, therefore it is not possible to measure a precise tog; any tog comparisons are wide-ranging and unique to you depending upon your natural body temperature.  To help you choose, the guidelines below will help and you can also find more help on choosing the weight for you on our information pages. Each duvet comes with special ties attached which enables you to fasten 2 duvets of the same size together for a very toasty Tog.

*grams of wool per square metre

This duvet will fit into a UK King sized duvet cover.  If you purchase a wool product from us, you will automatically receive 50% OFF the price of any of our 450TC Pima White cotton bedlinen at the checkout.

Each and every one of our duvets, pillows and toppers is individually handcrafted by our expert seamstresses, here in Devon, so dispatch can take 1 - 3 working days after placing your order.

During very busy periods, when we are experiencing high demand (such as seasonal change periods), this can take a little longer because we always want to ensure we maintain our high-quality standards.

If you have any queries regarding your delivery or any special requirements, please do not hesitate to contact us.

At this time we are unable to accept orders from Europe.  As soon as we are able, we will reinstate this option on our website. We are very sorry for any inconvenience and hope that normal service can be resumed shortly.

Please contact us with your address for further information.

Page
Show per page
Write Your Own Review
MORE INFORMATION 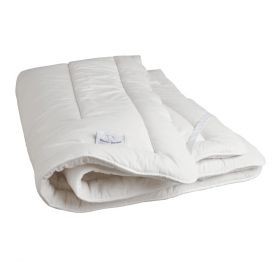 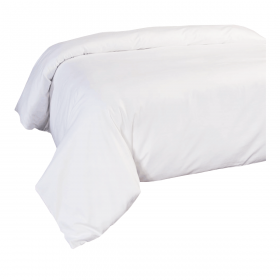 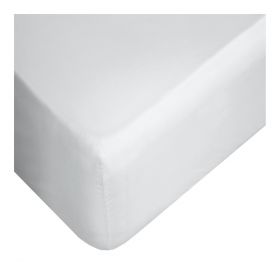